Are You Playing The Right Game With The Wrong Equipment?

Think about the question of the title:

Are you playing the right game with the wrong equipment?

Sometimes we end up playing a game that we’re not well equipped to play.

Yet if we continue to play with that equipment, we will continue not to get the desired results.

The same is true if we continue to play with the same rules that we think exist for the game, and it’s not.

Today’s about really diving into our overall lives, leadership ability, and wherever else this shows up.

Remember, the way you do anything is the way that you do everything. Nothing is different here.

Learn From The Game

How many of us wanted to be some sort of a professional when we grew up?

We all had these dreams.

If you dreamt of being an actor, it’s because you’ve seen somebody in a movie.

If it’s an artist, you wanted to create something, whether it’s a visual art, music, rock and roll, etc.

My dream was to be a professional baseball player.

For whatever reason, I had a little bit of skill as a player.

My father was a really, really good catcher.

He played fastpitch softball back in the late 60s and 70s when he was stationed in San Diego at Camp Pendleton as a Marine.

He got excellent and joined a state traveling team that covered the whole state of California.

As I grew up, my dad taught me how to be a good catcher, and I became a promising catcher in baseball.

Generally, do we like to do things where we have some natural skills? Absolutely.

You know we do.

As a result, I wanted to be a professional baseball player.

Now, as a conscious human being at this stage in my life, you know what’s amazing?

I’m super grateful that I didn’t “make it as a professional baseball player.”

I don’t want to be on the road 7 or 8 months a year, traveling away from my family, making a measly few million bucks a year.

I can hear you now:

What? Stop right there. Kenny, all of us want to make millions per year.

There’s a quality of life that is desired at different levels.

There’s a thermometer, if you will, a thermostat.

What Quality Of Life Do You Want? Where Do You Give It Your All?

There are different things that create what you want in your life.

For me, I didn’t take baseball seriously enough. That’s probably why I never became a professional baseball player.

Remember, I didn’t take it seriously enough to elevate my game and get to what I wanted as a child.

Now, this blog exists to talk real to you to get some things on the table.

Guess what? It’s OK to leave some of the “game” on the table.

That’s what I told myself that in high school even though I lettered all four years of my high school career in varsity baseball.

I was one of the three freshmen to make the varsity team and, as a result, I got a letter that year because I played enough.

I learned how to perform at certain levels when I needed to.

This start to touch on being comfortable with mediocrity which I spoke on before.

From all this, I didn’t learn how to perform at the highest level from baseball.

I learned how to work hard enough to achieve a little (well, a lot, but a little in the grand scheme).

What does it take to get to the highest level?

Now I want you to think about that for your own life.

Next, think about the highest level in your business career.

What does that mean?

Are you playing the right game but don’t have the right equipment?

Think about that in business for a moment.

What if I have a manufacturing company, but I’m playing the games of a service business?

How is that affecting my game?

Manufacturing isn’t service, but they both can get you what you want.

You need to make sure the equipment and the game line up.

What if I own a fast-food restaurant, but I’m playing the same game as a high-end steakhouse?

Not going to work. That’s going to be different.

Everything from price point to food cost to team members to hours to location to marketing is different.

You could say you’re playing the same game.

I’m in the restaurant game, and fast food and steakhouse are close enough.

Nope. The rules are very different.

Maybe you’re playing the right game, but you’ve got the wrong equipment.

As a result, you don’t have what you need to win in that capacity.

Remember a few months ago now when The Last Dance came out.

It’s a little documentary series on the Chicago Bulls, if you didn’t know.

It takes place in the last year that they won their six championships with Michael Jordan and Scottie Pippin and the rest.

When you look at all that happened, you realize that Michael Jordan was wired as a winner.

I don’t say Michael Jordan was wired as a happy individual, and I don’t say that he was wired to find fulfillment.

He was wired as a winner in the game of basketball.

Now I would also say he was wired to win in a lot of different capacities.

Why did he become pretty darn good at baseball?

Remember, he retired for 18 months and had a moderately successful career in baseball, right?

Now people look at him and say:

This is what it takes to win.

Jordan knew what it took to win.

He knew he had to change his regimen for working out altogether.

Sure, he had a trainer with him, but he knew he needed a different body type, a different kind of strength than basketball required.

Jordan knew the game was different; it required different equipment physically and mentally.

He didn’t stick with the basketball “gear,” and he worked on the right things.

My friends, though he wasn’t a star in baseball, he found a level of success most people would kill for.

He knew what equipment you needed to show up to win.

Now, was he going to be the greatest baseball player of all time? Well, I don’t know.

However, he didn’t make his high school basketball team either.

He wasn’t highly regarded in his freshman year of high school and college.

I hear you now:

Why are you talking about sports, Kenny?

I want you to realize that it takes a winning mindset to accomplish what you want.

Like with Jordan, talent doesn’t mean there won’t be resistance. Learn how to turn resistance into an advantage.

The Great Game Of Business

I like to use the word “angle” in the game.

One of my favorite books is called The Great Game Of Business, written by Jack Stack and updated recently with Bo Burlingham. They’re talking about a manufacturing company where he gets team members involved in playing games for a three-year strategic plan.

He breaks that down into many games.

If you don’t believe me, look at network TV right now.

There are all kinds of games, and people love that.

What if you had a little game in your business where you decide what, or what’s the game that I’m playing now, let’s make sure I’ve got the right equipment. What are the rules that I need to know about?

I wanted to be a pro baseball player.

If I made it, I would have had a baseball card.

On the back of that card would have had my batting average, my on-base percentage, my slugging percentage, and all these different things.

Where does that show up in your life?

What would the statistics of your life be?

This is not just about business.

It’s about leadership, my friend.

There are some different ways where we keep score.

Where do I want to do that?

Here’s what I ask you to think about for a moment.

I said earlier I didn’t become a major league baseball player because I didn’t take it seriously.

Could I have developed the skill?

Jim Abbott was a one-handed pitcher. There’s a chance that you can develop a skill.

Everybody says Michael Jordan was using his God’s gift to basketball.

What about his God-given drive?

He had such a winning thing.

He found the right equipment for the right game, and he worked his butt off to get there.

Jordan knew how to get what he wanted (another topic near and dear to my heart).

I take what I can from the parts of Michael Jordan.

That doesn’t mean Kenny Chapman has to show up and scream and yell at his teammates.

Here’s the main thing that I would leave you with here as we wrap up today.

Ask yourself these questions. Take the time to give it a good look.

Where are you playing with the wrong equipment?

In your business, get the right tools.

Are you in the right game for your natural, God-given “equipment?”

We all have natural talents. You’ll succeed the most when you get in the game that matches your equipment too.

I was never a great football player. I had the natural equipment for baseball.

If I’d stuck with football, I’d be limited in my potential.

Are you driven and working the right game and the right equipment?

If you have the right stuff, but you’re still not succeeding, you may not be working hard enough at the right things.

For me, baseball was the right game, and I had the right equipment, the right talent.

But I never worked as hard as I could have, so I never reached the highest levels.

And that’s OK for me because I decided being a leader and a coach for leaders was the game I wanted to play.

Maybe my equipment needs to change with my mindset of how serious I’m taking this game that I’m playing.

I want to improve my health, how seriously I might take my health.

If I want to improve my finances, how serious am I taking my finances?

If I want to improve my recruiting program, the same thing.

Everything we do has to do with measurement and getting statistics.

You’re playing the game of life.

You don’t know how long you’ve got; why not play full out?

You’re playing the right game. Let’s use the right equipment.

I can’t wait to help you out again.

Go make it a better-than-fantastic week! 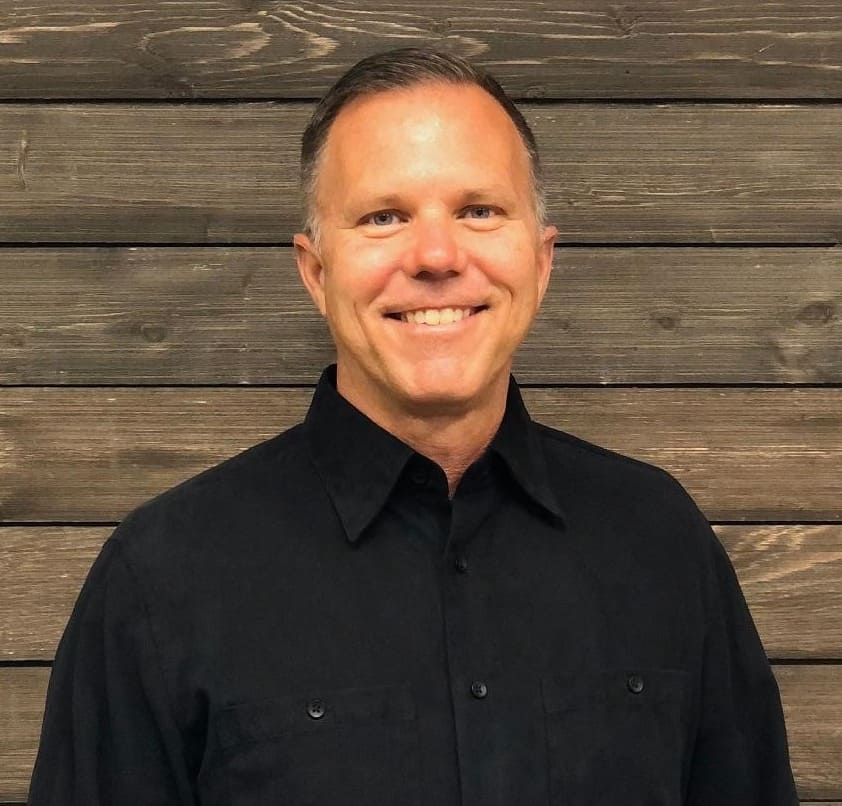